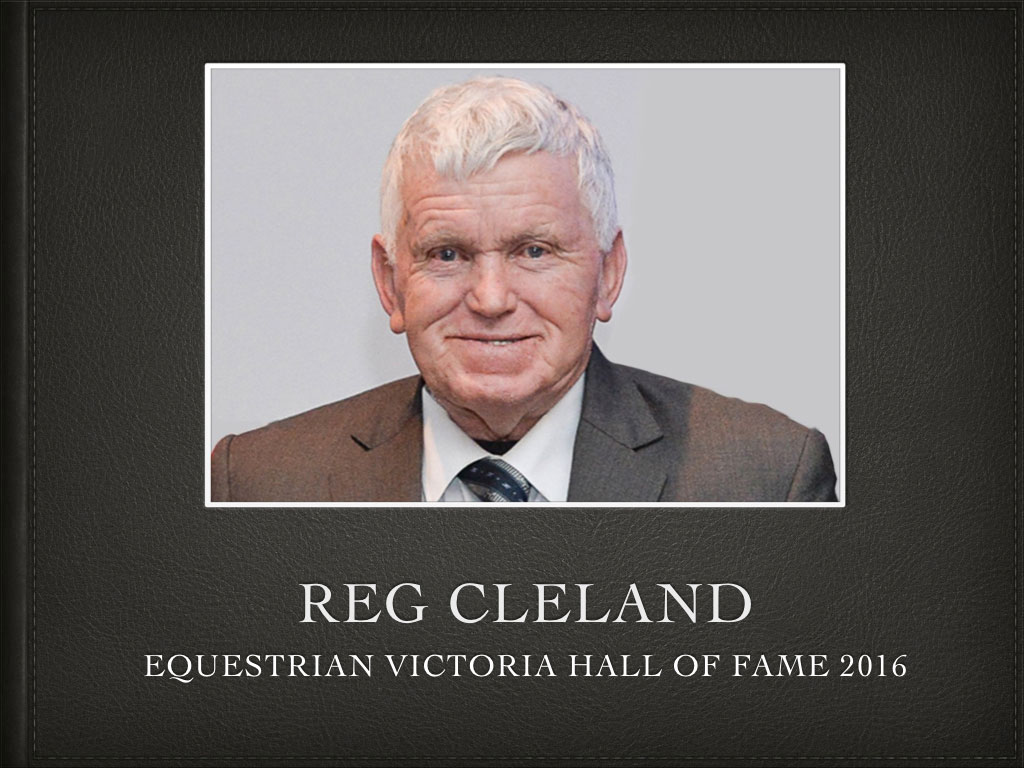 Reg Cleland has served Equestrian sport in Australia for more than 50 years. He began in 1960 training as a show jumping course designer and judge and served on the Equestrian Victoria board for more than 20 years.

He was a member of the Equestrian Australia’s National board for 11 years and was a show jumping selector for national events and Olympic Games for several years. As Equestrian Victoria chairman, Cleland oversaw the creation of the modern sections of the National Equestrian Centre at Werribee Park in Victoria, including the two indoor arenas and stable blocks donating many hours of his time.

Reg was influential in the creation of the Victorian Young Rider of the Year awards, and is an international course designer and national judge.

He was also chairman of the Melbourne Showjumping Club for 20 years and was inducted into the Victorian Showjumping Hall of Fame in 2012.

He was also awarded the Australian Sports Medal for service to equestrian sport in 2000 and inducted into the Equestrian Australia Hall of Fame in 2018.

“for over 50 years, Reg has been a significant contributor to the success of Equestrian Sport”